Why Don’t Americans Use Bidets?

Here’s a bathroom fact for you, the average American uses 57 sheets of toilet paper

For visual it so it’s got one two this. this is really cheap toilet paper three fifty one two three four five six and seven, that’s fifty seven sheets of toilet paper that we use every day.

Ain’t no one superfast way that Americans could cut down our using all of this. If we go with the rest of the world and started using the toilet and hand bidets for those of you who don’t know much about the bidet we’ve got like a water fountain toilet thing where they squat over and their jets of water that clean off your rectal region.

Clearly I am eloquent when it comes to talking about butts in poops.

The bidet was invented by this French furniture maker in the early 18th century. But the very first bidets which were installed in french royal and aristocratic houses or stationed in bedrooms because these are the days of chamber pots when you went peepee and poopoo the same place where you slept Oh Andrew Francophiles

Out there the word bidet is translated to horse or more specifically a short strong horse which denotes the straddling gesture that you make over a bidet. A lot of environmental minded people are very Pro bidet because it uses only an eighth of a gallon of water whenever it does its cleaning business.

Whereas all of that toilet paper 257 sheets of it every day uses a ton of water in the production. It takes about 37 gallons of water to make a single roll of toilet paper

That is crazy wasteful not to mention all of the chemicals in the wood pulp etc that go into those 57 sheets of toilet paper not only are there obvious environmental benefits of toilet bidets but there are also central health benefits.

Oprah’s very own Dr. oz has said and I quote “besides Pilates the best thing you can do for your bottom is install a bidet or hand bidet – why because he says that by not using toilet paper to wipe and cause that friction you might actually lower the chances of developing hemorrhoids.

And ladies pay attention they could also possibly lower the chances of urinary tract infections.

But bidets are so wonderful then why don’t Americans use them already?

Some bidet historians suspect that it might be a holdover from our English ancestors who first reviled the idea of a bidet because they thought it was only an example of French hedonism.

Perhaps Navy day is to Frosch for Americans. Paul done these daily before all shocks end and this wasn’t helped by the fact that a world war two American soldiers would patronize French brothel. Seba days in the bathroom and thus associate the days with sexy.

You don’t talk about a lot of times that people think that we’re just kind of squeamish about our butt area even though we’re okay with taking 57 sheets of toilet paper and wrapping it around our hands and then then and then clean up using fresh clean water and the hands-free method.

No maybe it’s time for the United States to hop on board the bidet train what do you think though have you ever used one international viewers I know there are a lot of you watching let me know if you think it is bizarre that American restrooms do not feature bidets in American viewers would you use one would you install one maybe in your home let me know in the comment let’s have this bidet conversation.

Do You Clean Your Bum Correctly?

Sorry, but if you are using toilet paper only you are definitely not wiping the poo off your bum properly….. If you did your poo already today, and you cleaned yourself using plain old toilet paper, you have not cleaned your bum correctly. There are still minuscule bits of poo sitting between your butt cheeks at... 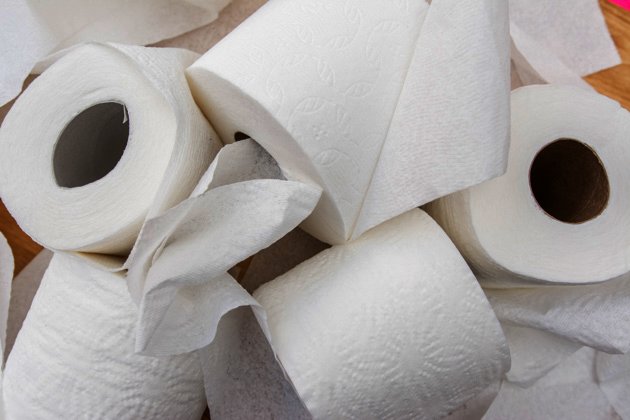 Do You Clean Your Bum Correctly?

Sorry, but if you are using toilet paper only you are definitely not wiping the poo off your bum properly….. If you did your poo already today, and you cleaned yourself using plain old toilet paper, you have not cleaned your bum correctly. There are still minuscule bits of poo sitting...

Read More
Stay up to date
Register now to get updates on promotions and coupons.